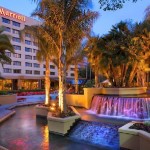 Only a single report of this spot being haunted can be found on the internet so it’s best to treat it as dubious, at best. Supposedly however room 217 is haunted with a ghost that prefers the television on and its guests not be bed hogs as it’s prone to tugging on the covers.