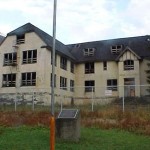 Ghost Hunting: How to Investigate the Paranormal
Loyd Auerbach