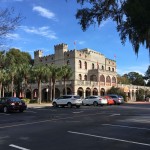 The Ripley’s Believe It Or Not! Museum is located inside an 1880s castle, originally built by Standard Oil partner William G. Warden. It was later turned into an upscale hotel, owned by author Marjorie Kinnan Rawlings (“The Yearling”) and her husband Norton Baskin, before it became the chain museum site. The creepy collectibles in the museum may well have their own spirits attached, but the castle’s history surely adds to the hauntings here. Local lore has it that Ruth Hopkins Pickering and Betty Neville Richeson, who perished in a 1944 fire here, were actually murdered first; their bodies were then burned by their assailant to cover his tracks. Ripley’s Ghost Train Adventure tells of the sightings of both ghosts, seen peering out the windows of their rooms. Also a point of note is that Mr. Ripley often had visited the hotel before it became one of his museums; Mr. Ripley passed away in 1949. Therefore, it is not beyond the realm of possibility that museum guests may meet up with its namesake. 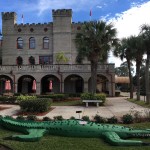 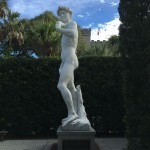 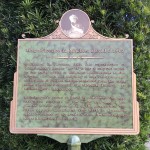 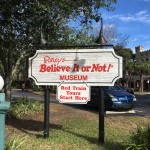