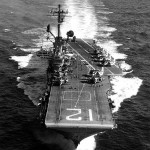 This retired aircraft carrier, historic landmark, and museum is said to be the most haunted warship in the world. It has been used as a setting on many movies and has been featured on several TV shows, including MTV’s Fear, Ghost Hunters, Ghost Adventures and Scariest Places on Earth.