Footsteps, voices and apparitions are all heard and seen at the Roycroft Inn. Some people believe that it is haunted by Elbert Hubbard who founded the Roycroft campus and building in an effort to encourage and promote local artistry. Elbert died on the Lusitania when it was sunk by the Germans in 1915. Some believe he is still there keeping an eye on Roycroft. 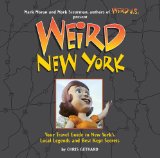